When a President forgets he’s not a King

When I take office in January, the Attorney General’s Office will be Texas’ line of defense against this Imperial Presidency.

Sadly, Thursday proved that we have a President who has forgotten he’s not a King. The President repeatedly told the nation he does not have the power to unilaterally make these changes to our immigration system, yet he did so last night.

Amnesty is an injustice to the millions of legal immigrants who have waited in line for years to fully join the American Dream. Amnesty will only further incentivize millions more to immigrate illegally and cause this already difficult situation to become worse. 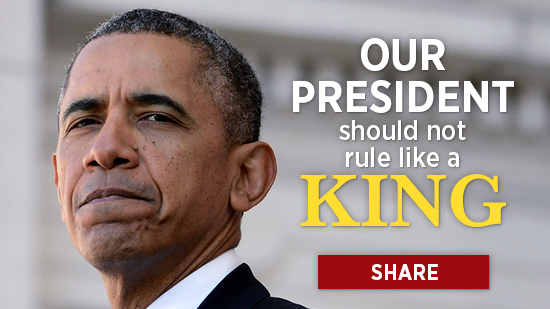 This President seems to think he has somehow become His Excellency, King of America. When I assume the office of Attorney General, I will aggressively defend Texas against the lawlessness of this administration.

On Friday I joined 17 other Attorneys General and Attorneys General – Elect in signing a statement pledging to “uphold our constitutional oath to take whatever actions may be appropriate to uphold the rule of law.”

The fight for liberty and freedom has never been more important. I am grateful you and I are in this fight together.