Tweet
Friends, we are very excited to announce that many key leaders from Ted Cruz’ volunteer army are activating for our campaign. In fact, over 100 Tea Party leaders and activists from across Texas have pledged their support.
The full list is linked here, but here are a few highlights… 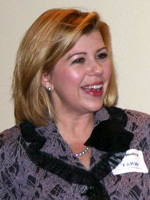 The names on this list represent some of the most committed, dedicated grass roots volunteers who worked hard to elect Ted Cruz to the U.S. Senate. We are now ready to ensure that our good friend Ken Paxton is elected the next Attorney General of Texas. While others may talk about how they will fight for our conservative values, Ken Paxton has already delivered for us time and time again.”
– Real Conservatives National Committee Chairman and Frisco Tea Party Co-Founder Lorie Medina 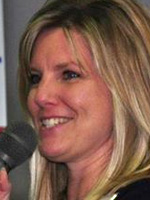 “Hands down, my endorsement for Texas’ next Attorney General goes to Ken Paxton. While others may talk the talk, he walks the walk. Senator Paxton’s long-term, proven conservative record made the decision easy for me. For more than a decade, Ken Paxton has proven himself to be a conservative fighter and principled leader, and he’ll make a great Attorney General.”
– Julie McCarty, leader of the NE Tarrant Tea Party, one of the largest organizations in Texas

The strength of this initial list demonstrates the incredible momentum of our campaign.I’m honored to have these dedicated volunteers fighting for me, especially so many who worked hard to elect Ted Cruz to the U.S. Senate. These endorsements underscore that conservatives support my message of fighting back against the federal government as it continually attempts to encroach on our rights and liberties.

Our army of supporters is growing. And we want YOU to join us! Complete this short form now and let us know how you will help fight federal encroachments on Texas.