Senator Santorum recorded a short one-minute video message to share his thoughts about our race with you. Click here to watch the video now. 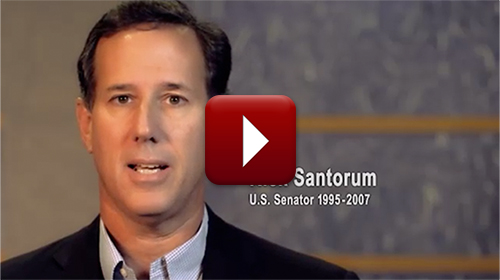 “Ken Paxton has what it takes inside, the burning desire to fight for the rights in our Constitution as Attorney General.”
– Former Senator and conservative leader Rick Santorum

In this race, many will claim conservative bonafides without having a record to back their claim up. But Rick knows what Cathie Adams, Kelly Shackelford, Tim Lambert, Jonathan Saenz, Peggy Venable, Rick Green, Michelle Smith, Ann Hettinger, and the 23 conservative House members who have joined our team know: I have a decade-long record of fighting for our principles, a record unmatched among the candidates for Attorney General.

Every day more conservatives are joining our campaign to preserve and defend Texas. Will you join our team, too? Together we will take the fight to Eric Holder and Barack Obama’s overbearing federal government.

P.S. Don’t forget to share this video message with your conservative friends and email lists!