With the whirlwind of the Legislative Session finally behind us, I thought I’d take an opportunity to update you on a number of important cases and issues we’ve been working on, each of which means a great deal to the people of Texas.

Texas leads a 26-state bipartisan coalition currently fighting the President’s attempt to unilaterally grant amnesty to millions of illegal immigrants. In February, we secured a Federal injunction that stopped his plans to implement his program, and we’ve successfully fought back to keep that injunction in place. Along the way, we called for and received limited early discovery into untrue statements the Administration made during court proceedings about the premature issuance of more than 100,000 expanded work permits.

This lawsuit filed by then-Attorney General, and now Governor, Greg Abbott, transcends national immigration policy – this is about a President who has recklessly acted outside of the boundaries of the U.S. Constitution, circumventing Congress to rewrite the law when he failed legislatively, and bestowing a host of benefits, ranging from entitlement programs to tax credits, to individuals who are actively breaking the law. Every single American should be concerned with President Obama’s clear disregard for our system of checks and balances.

For additional perspective on this issue, read my OPED published in National Review.

Just last week, I was proud to claim victory for life and women’s health in Texas after a federal court upheld House Bill 2, passed in the second special session of the 83rd Legislature. I am proud to have both supported this law in the legislature and defended it in the courts.

HB 2 protects the unborn and ensures Texas women are not subjected to unsafe and unhealthy conditions. Abortion practitioners should have no right to operate their businesses from sub-standard facilities and with doctors who lack admitting privileges at a hospital. This ruling will help protect the health and well-being of Texas women.

President Obama is preparing to implement a new, sweeping “Clean Power Plan Rule,” which would result in higher electricity costs, a less reliable power grid, all while doing little to nothing to achieve its stated goal of lowering global temperatures. Last month, I assured them we would see them in court.

Texas has proven we can improve the quality of our air without damaging the economy or emptying Texans’ pocketbooks, and that is why I will fight this ill-conceived effort that threatens the livelihood and quality of life of all Texans.

You can read my office’s release on this here.

In January, the Attorney General’s Office defended the institution of marriage before the U.S. Court of Appeals for the Fifth Circuit. In April, I filed an Amicus Brief in Support of States’ Constitutional Right to Define Marriage. Joining with 14 other states, I urged the U.S. Supreme Court to uphold a federal appeals court’s ruling that affirmed the states’ constitutional authority to refuse to allow same-sex marriages or recognize existing same-sex marriages performed in other states. 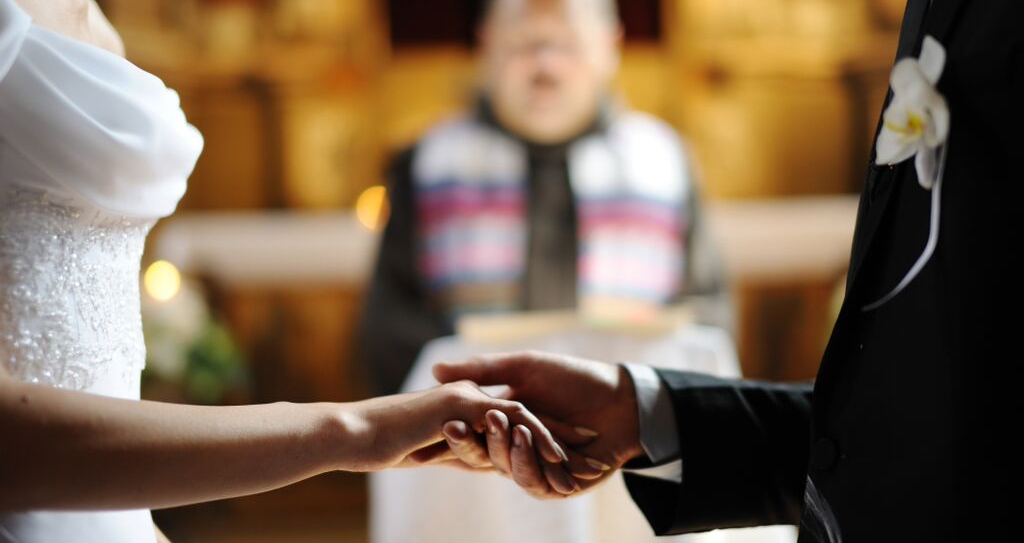 We continue to defend the sovereignty of the states and their constitutional authority to define marriage in this country. As the Sixth Circuit Court of Appeals has held, the states’ authority to define marriage and choose whether to officially recognize marriages performed in other states is constitutional. I urge the Supreme Court to uphold the appeals court’s ruling and strike down these blatant attempts to disregard the will of millions of citizens in Texas and dozens of other states who stood and voted for the cherished institution of marriage.

Identifying and preventing Medicaid fraud continues to be a top priority for this office.  In early April, we resolved an enforcement action against New Jersey-based pharmaceutical product manufacturer Glenmark Generics Inc. USA. The agreement resolves the State’s investigation under the Texas Medicaid Fraud Prevention Act (“TMFPA”) against Glenmark for fraudulently reporting inflated drug prices to the Medicaid program.   Under the settlement agreement, Glenmark must pay the State of Texas a total of $11.25 million for the State’s general revenue fund.

Our office has aggressively worked to protect Texas consumers, taking action in a number of cases, ranging from the protection of Texans’ privacy to ensuring that those who seek to cheat, deceive or defraud hard-working Texans are held to account.

In March, I filed an objection to RadioShack’s proposed sale of the personally identifiable information of 117 million of its customers, and Texas was eventually joined by 38 states in this effort.  In May, we reached a settlement that took the overwhelming bulk of RadioShack’s consumer data off the table. Most of RadioShack’s information will be destroyed, and no credit or debit card account numbers, social security numbers, dates of birth or even phone numbers will be transferred.

Also in March, our office filed an enforcement action against three corporations based in Oregon for misleading Texas consumers into paying for publication subscription renewals the corporations were not authorized to sell. These companies engaged in deceptive practices that not only negatively impacted the people who unsuspectingly sent them money, they also damaged the business reputations of the newspapers and magazines whose names the companies co-opted.

In May, I announced settlements with Sprint Corporation (“Sprint”) and Cellco Partnership d/b/a Verizon Wireless (“Verizon”) that resolve charges of “mobile cramming” against the companies. The settlements include $158 million in payments, and resolve allegations that Sprint and Verizon placed charges for third-party services on consumers’ mobile telephone bills that were not authorized by the consumers, a practice known as “cramming.”

Later that month, we announced major settlement with three national credit-reporting agencies (Equifax Information Services LLC, Experian Information Solutions Inc., and TransUnion LLC) that will increase the accuracy of consumer credit reports. A good credit rating is an increasingly important piece of people’s lives, and the results of this effort will give consumers greater assurance that their score is a fair and accurate reflection of their financial health.

Earlier this year, a joint operation between the Attorney General’s Child Exploitation Unit and the Copperas Cove Police Department yielded our most successful joint operation-to-date targeting these vile offenders, bringing in nine individuals who no longer pose a threat to Texas children.

Our office works to protect children by taking child predators off the Internet and into jail, proactively seeking out and arresting predators who commit crimes against children using technology and the Internet. For more information on cyber safety and ways that parents and teachers can help ensure their children’s safety, please visit: https://www.texasattorneygeneral.gov/cj/cyber-safety.

As you can see, we remain focused on the critically important work that Texans expect and deserve.

In the coming months, we are preparing to mount new challenges against federal overreach regarding the EPA’s planned expansion of its control regarding water, and will continue to battle to protect religious liberties under assault from a growing movement against people of faith.

I appreciate your continued support of my efforts, and ask for your continued prayers for wisdom and discernment as I serve as your Attorney General. 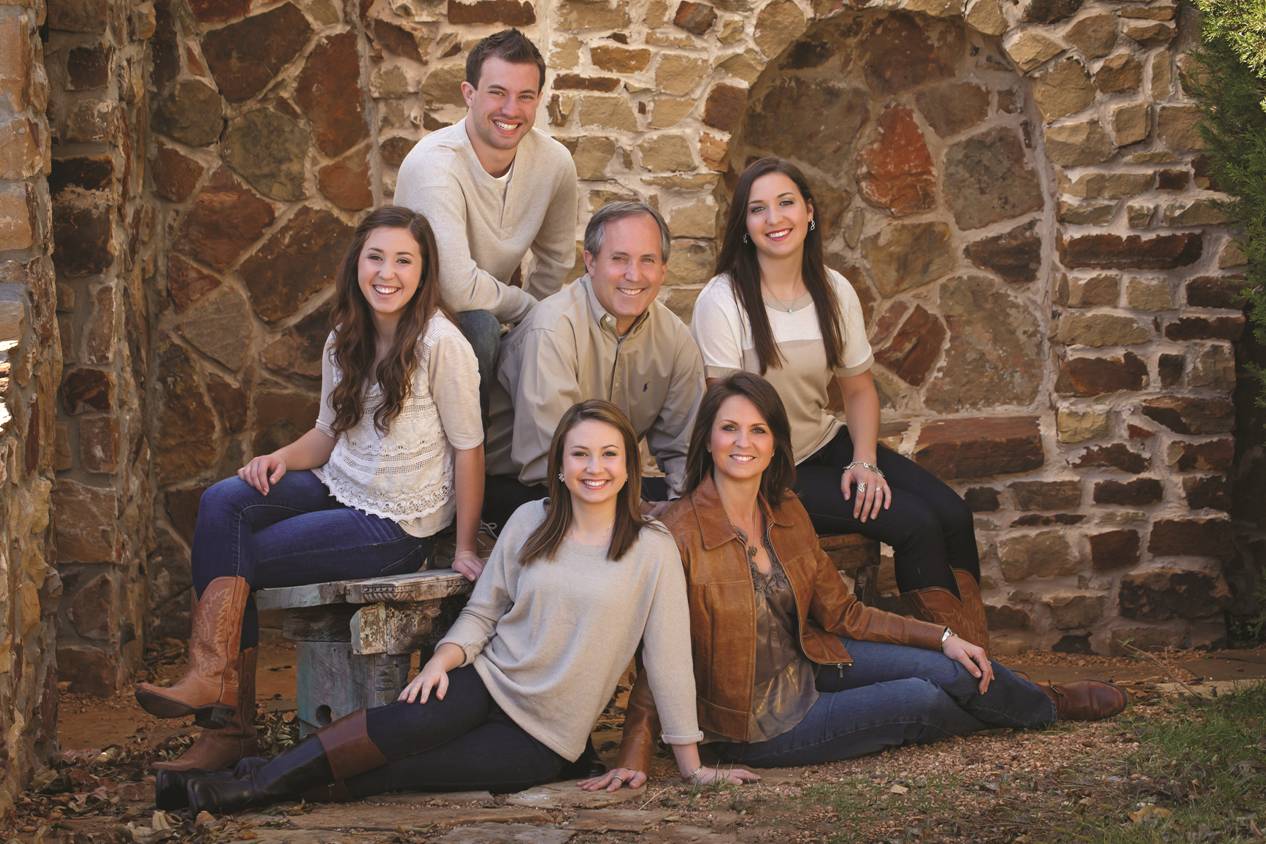 Ken Paxton serves as Texas’ 51st Attorney General.   He and his wife Angela have four children: Tucker, Abby, Mattie, and Katie.
Share this: