Friends, religious liberty is under attack right here in Texas!

As we speak, the San Antonio city council is considering an ordinance that would discriminate against many people of different faiths.

I have a warning for the liberals on the San Antonio City Council: if you pass this ordinance, I’ll see you in court when I’m Attorney General. 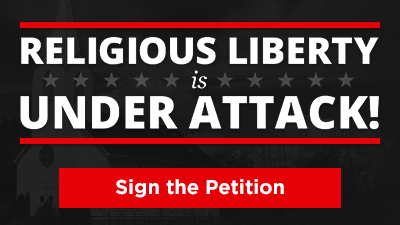 With Obama’s political machine openly moving into Texas, we can expect more of these assaults in the years to come. Washington-style overreach should not be tolerated whether it originates from the federal government, state government, or local government. It’s encouraging to see so many local San Antonio citizens stepping forward to preserve the right to exercise their religious freedom, and I support their efforts. Join them and stand strong against religious discrimination in Texas.

The proposed ordinance, which has been roundly criticized by numerous local pastors, states that if a person has at any point demonstrated a bias – without defining what a bias is or who will determine whether or not one has been exercised – the individual would be ineligible to serve on a city board or commission. Restrictions are also applied to government contractors and subcontractors. The proposed ordinance provides no exemptions for religious beliefs on homosexuality, even beliefs expressed in Church.

Religious liberties were fundamental to the formation of our country, and we will continue to fight for these principles that are enshrined in our Constitution. As your next Attorney General, I will insist that traditional values be honored, religious liberties be protected, and Washington style government overreach be stopped – even when that happens here in Texas. Will you stand with me?

P.S. Do you know others who also believe in religious liberty for all Texans? Please forward this to them and ask them to sign the petition also!