2013 – Graphic mashup and the year in review

As we bring this year to a close, and look forward to the promise of the new year, let’s take stock of everything that happened these past 12 months! 2013 has been a tremendous year, not only from a legislative standpoint, but also from a personal one. 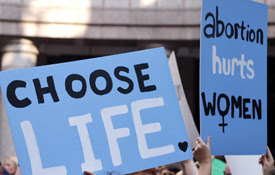 The entire first half of 2013 my staff and I dedicated ourselves to defending our freedoms in the 83rd Texas State Legislature, in which I served as the State Senator for District 8. There were some setbacks, but overall the 83rd Legislature was a great success for conservatives!

Most importantly, we passed SB 5, Texas’ monumental Pro-Life bill. Remember all the riots? Despite the incredible hate spewed out by abortion proponents at the capitol, we were able to pass historic protections for innocent human LIFE.

Then, on August 1 I launched my campaign for Attorney General with my family and several hundred friends and supporters in attendance. The response from everyday Texans in towns across the state has been amazing! 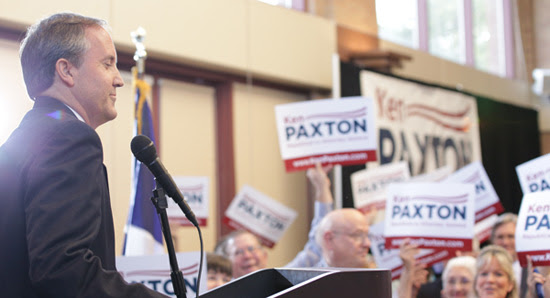 Conservatives across Texas deserve a candidate with a record of standing for core values and principles. After a decade of proven service defending our values, you know where I stand on the issues.

Momentum continues to grow as we travel the state! Here are just a few highlights from the campaign trail: 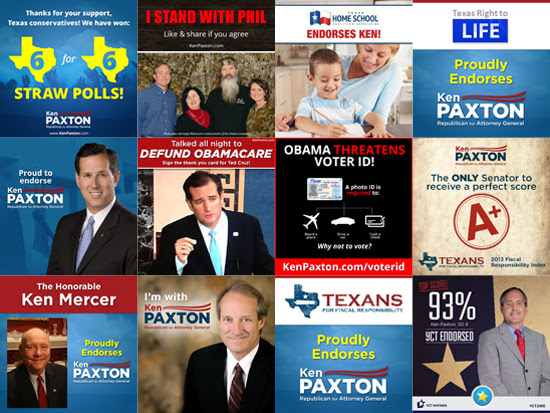 It’s hard to keep up with every race all the time. So let me help you make it easier! Please take a moment to like my page on Facebook and follow me on Twitter and we’ll keep you up-to-date on events, campaign news, and important initiatives in Texas.

It’s an exciting time for Texas and your vote this spring will be monumentally important. You can have an even greater impact on the election by talking with your friends, family, and co-workers about the issues that are important to you and the candidates who you can trust to fight for those issues in Austin.

So, please take a moment to forward this email to your friends and family to help spread the word: Ken Paxton is THE conservative choice for Attorney General!

P.S. We also have an important fundraising deadline coming up at midnight! Will you help us send 2013 off with a bang by contributing $25, $100, or $250 by midnight tonight?